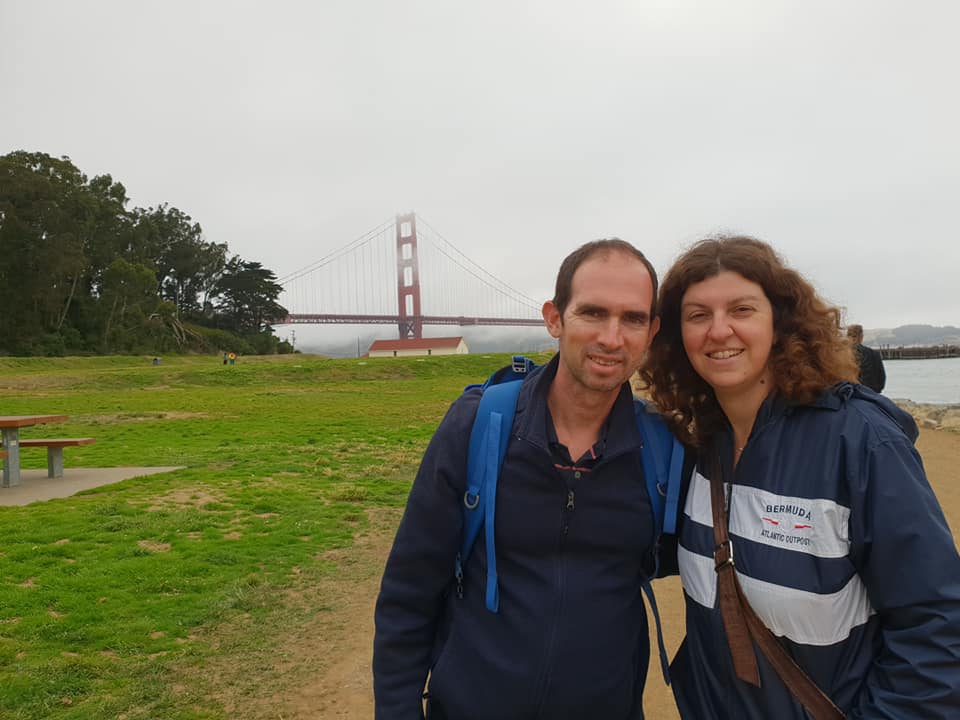 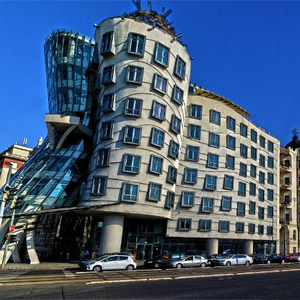 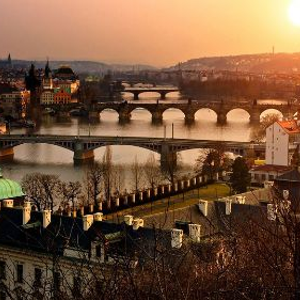 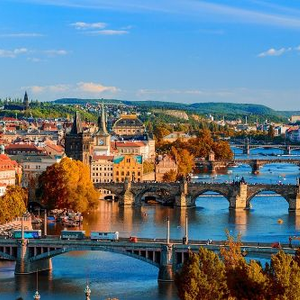 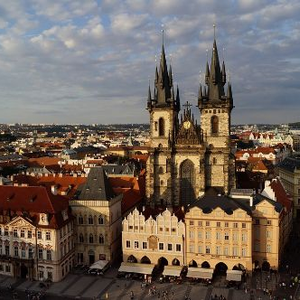 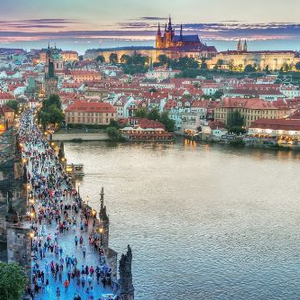 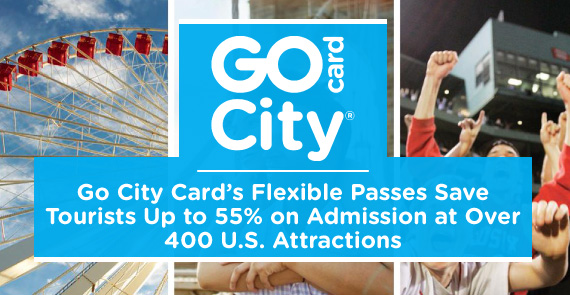 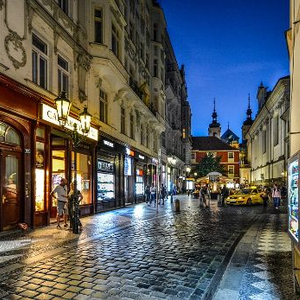 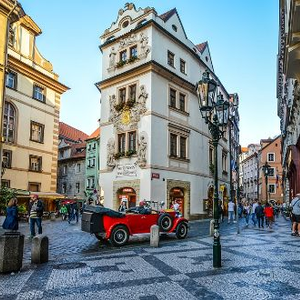 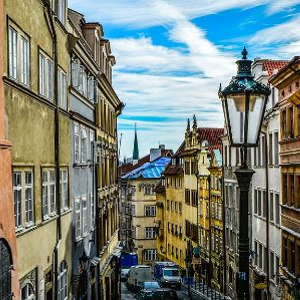 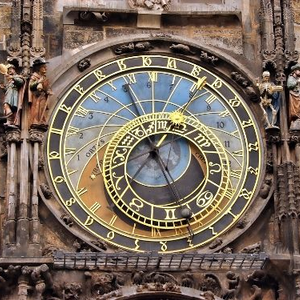 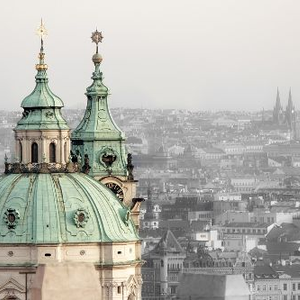 Discover and book amazing attractions!
This is probably the most beautiful part to me. If you go during Christmas this is where all the Christmas Market Stands are set up...tons of fun trinkets and food! Food stands are up year round, which is a must for a meal or two.
Wikipedia description
The old town of a city or town is its historic or original core. Although the city is usually larger in its present form, many cities have redesignated this part of the city to commemorate its origins after thorough renovations. There are many places throughout the world named old town. This is a more.. list of some famous old towns: less..
Address
Old Town, 110 00 Prague 1, Czechia
Opening hours
Telephone
Website
Price
Attraction rating

Parizska Street is such a beautiful street that you have to stroll down. It is right off of Old Town Square and is lined with beautiful high end stores. Tiffanys, Dior, Cartier, you name it! I love strolling along this street, it is just gorgeous!
Wikipedia description
Address
Pařížská 24-28, 110 00 Staré Město, Czechia
Opening hours
Telephone
Website
parizskastreet.cz
Price
Attraction rating

4.6
Charles Bridge is probably the most popular site to see in Prague. It is an easy walk from Old Town and it is the bridge you have to cross to get to Prague Castle. It dates back to the 15th century and is just incredible.
Wikipedia description
Charles Bridge is a historic bridge that crosses the Vltava river in Prague, Czech Republic. Its construction started in 1357 under the auspices of King Charles IV, and finished in the beginning of the 15th century. The bridge replaced the old Judith Bridge built 1158–1172 that had been badly more.. damaged by a flood in 1342. This new bridge was originally called Stone Bridge or Prague Bridge but has been "Charles Bridge" since 1870. As the only means of crossing the river Vltava until 1841, Charles Bridge was the most important connection between Prague Castle and the city's Old Town and adjacent areas. This "solid-land" connection made Prague important as a trade route between Eastern and Western Europe. The bridge is 621 metres long and nearly 10 metres wide, following the example of the Stone Bridge in Regensburg, it was built as a bow bridge with 16 arches shielded by ice guards. It is protected by three bridge towers, two on the Lesser Quarter side and one on the Old Town side, the Old Town Bridge Tower. The bridge is decorated by a continuous alley of 30 statues and statuaries, most of them baroque-style, originally erected around 1700 but now all replaced by replicas. Repairs are scheduled to start in late 2019, they should take around 20 years. less..
Address
Karlův most, Karlův most, 110 00 Praha 1, Czechia
Opening hours
Telephone
Website
Price
Attraction rating

4.3
The wall has been covered in John Lennon and The Beatles graffiti, lyrics and quotations since the 1980s and is very popular among tourists and young fans wishing to pay homage to the group.
Wikipedia description
The Lennon Wall or John Lennon Wall is a wall in Prague, Czech Republic. Once a normal wall, since the 1980s it has been filled with John Lennon-inspired graffiti and pieces of lyrics from Beatles' songs. In 1988, the wall was a source of irritation for the communist regime of Gustáv Husák. Young more.. Czechs wrote grievances on the wall and in a report of the time this led to a clash between hundreds of students and security police on the nearby Charles Bridge. The movement these students followed was described as "Lennonism" and Czech authorities described these people variously as alcoholics, mentally deranged, sociopathic, and agents of Western capitalism. The wall continuously undergoes change and the original portrait of Lennon is long lost under layers of new paint. Even when the wall was repainted by some authorities, by the next day it was again full of poems and flowers. Today, the wall represents a symbol of global ideals such as love and peace. The wall is owned by the Sovereign Military Order of Malta, which allowed the graffiti to continue on the wall, and is located at Velkopřevorské náměstí, Malá Strana. A similar wall inspired by the original wall has appeared on the walls of the Hong Kong Central Government Offices, with citizens posting colourful post-it notes with their democratic wishes for Hong Kong during 2014 Hong Kong protests. On 17 November 2014, the 25th anniversary of the Velvet Revolution, the wall was painted over in pure white by a group of art students, leaving only the text "wall is over" [sic]. The Knights of Malta initially filed a criminal complaint for vandalism against the students, which they later retracted after gaining contact with them. The wall mural is still there as of July 23, 2017. And the "Wall is Over" bit has been changed to "War Is Over". less..
Address
Velkopřevorské náměstí, 100 00 Praha 1, Czechia
Opening hours
Telephone
Website
Price
Attraction rating

3.8
Prague Castle is a must. It is beautiful and so interesting. Try to get there around noon or be done with your tour by noon so you can see the changing of the guards. They change every hour but noon is when they do the big ceremony. I recommend to take the short visit and if you are a student bring your student ID for about 1/2 off your ticket! Tickets can be easily purchased when you get there.
Wikipedia description
Prague Castle is a castle complex in Prague, Czech Republic, dating from the 9th century. It is the official office of the President of the Czech Republic. The castle was a seat of power for kings of Bohemia, Holy Roman emperors, and presidents of Czechoslovakia. The Bohemian Crown Jewels are kept more.. within a hidden room inside it. According to the Guinness Book of Records, Prague Castle is the largest ancient castle in the world, occupying an area of almost 70,000 square metres, at about 570 metres in length and an average of about 130 metres wide. The castle is among the most visited tourist attractions in Prague attracting over 1.8 million visitors annually. less..
Address
119 08 Prague 1, Czechia
Opening hours
Telephone
+420 224 373 368
Website
www.hrad.cz
Price
Attraction rating

4.2
Wikipedia description
Palladium is a chemical element with symbol Pd and atomic number 46. It is a rare and lustrous silvery-white metal discovered in 1803 by William Hyde Wollaston. He named it after the asteroid Pallas, which was itself named after the epithet of the Greek goddess Athena, acquired by her when she slew more.. Pallas. Palladium, platinum, rhodium, ruthenium, iridium and osmium form a group of elements referred to as the platinum group metals. These have similar chemical properties, but palladium has the lowest melting point and is the least dense of them. More than half the supply of palladium and its congener platinum is used in catalytic converters, which convert as much as 90% of the harmful gases in automobile exhaust into less noxious substances. Palladium is also used in electronics, dentistry, medicine, hydrogen purification, chemical applications, groundwater treatment, and jewelry. Palladium is a key component of fuel cells, which react hydrogen with oxygen to produce electricity, heat, and water. Ore deposits of palladium and other PGMs are rare. The most extensive deposits have been found in the norite belt of the Bushveld Igneous Complex covering the Transvaal Basin in South Africa; the Stillwater Complex in Montana, United States; the Sudbury Basin and Thunder Bay District of Ontario, Canada; and the Norilsk Complex in Russia. Recycling is also a source, mostly from scrapped catalytic converters. The numerous applications and limited supply sources result in considerable investment interest. less..
Address
nám. Republiky 1, Nové Město, 110 00 Praha-Praha 1, Czechia
Opening hours
Monday: 9:00 AM – 9:00 PM
Tuesday: 9:00 AM – 9:00 PM
Wednesday: 9:00 AM – 9:00 PM
Thursday: 9:00 AM – 10:00 PM
Friday: 9:00 AM – 10:00 PM
Saturday: 9:00 AM – 10:00 PM
Sunday: 9:00 AM – 9:00 PM
Telephone
+420 733 551 438
Website
www.armaniexchange.com
Price
Attraction rating

4.2
The city has over 20 specialised puppet shops, 30 puppet makers and even a puppet museum. The Czech love affair with puppets probably dates back to the 12th Century when the figures were used as entertainment at royal feasts and ceremonies. The best places to catch a puppet show in Prague are the National Marionette Theatre and Theatre Spejbla & Hurvinek which both offer popular performances.
Wikipedia description
Spejbl and Hurvínek /s-payble & hoor-vee-neck/ is a Czech puppet comedy duo. The characters were conceived by Czech puppeteer prof. Josef Skupa. Throughout the years the two characters have gained international success. They have released many comedy albums, and had their own television show. Each more.. album usually contains one story, about the dim-witted father Josef Spejbl, and his son Hurvínek, who live with another family in the same apartment. Later on, the duo was accompanied by another family, Ms. Kateřina and her daughter Mánička. All four live with the dog Žeryk who has the ability to bark words. Though the comedy is aimed at children, there are several inside jokes that are meant for adults. The duo has their own theatre in Prague, in the district of Dejvice. Besides puppet performances, several stories of Spejbl and Hurvínek were recorded, and one series of so-called večerníček. less..
Address
Dejvická 919/38, 160 00 Praha 6-Bubeneč, Czechia
Opening hours
Telephone
+420 224 316 784
Website
www.spejbl-hurvinek.cz
Price
Attraction rating